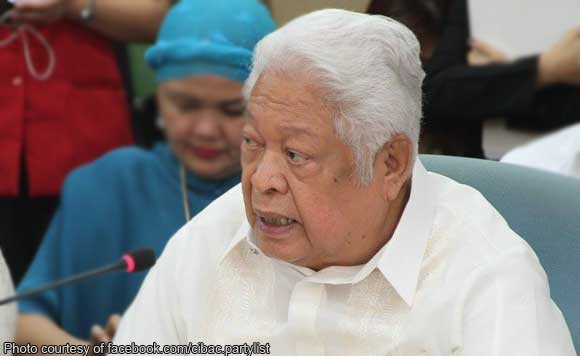 The restoration of death penalty in the Philippines, which is aggressively being pushed by President Rodrigo Duterte’s administration, will only end up hurting the country’s image in the international stage.

“The Philippines will lose preeminent leadership in the region if we backtrack and reimpose death penalty,” said Albay 1st district Rep. Edcel Lagman, one of the participants of Wednesday’s (February 15) “Legislators for Life: A Dialogue on the Death Penalty and Regional Responses” forum in Quezon City.

Lagman was referring to the Duterte government’s plan to withdraw from Second Option Protocol to the International Convention on Civil and Political Rights (ICCPR).

The treaty prohibits signatory countries from imposing death penalty. Incidentally, not a single one of these countries has dared to renege on this treaty.

“Punitive justice is not justice,” added the politiko, who belongs to the opposition bloc in the House of Representatives.

Parliament members from Malaysia and Cambodia joined Lagman in the forum. They confirmed the Philippines’ high standing in the ASEAN community for having abolished the death penalty years ago.

Lagman added that the country will lose “high ground” in the community if it reimposes death penalty.