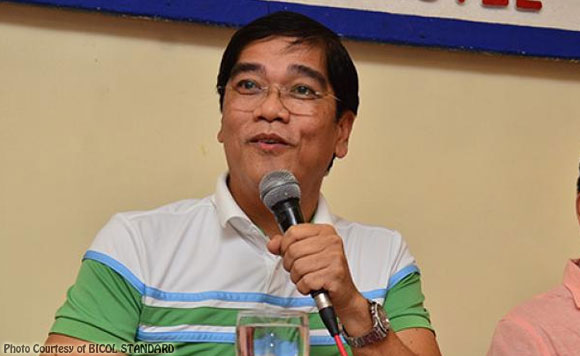 For Catanduanes Rep, Cesar Sarmiento the upside to building a temporary LRT station is just too much to ignore.

Sarmiento, in a House Committee on Transporting hearing Wednesday (February 8), said that a temporary LRT station “can receive more train riders, can be constructed in a short time, and best of all, at no cost to the government.”

The politiko chairs the Committee.

Given his experience as a previous official of the Department of Transportation (DOTr), and having known that there are already rail tracks from Roosevelt Station to the area of SM North in place, Sarmiento stated that setting up a temporary station is all that is needed for the LRT to receive more riders in front of SM North.

The construction of a temporary station can give convenience to LRT riders who can already ride and alight the from LRT near SM North instead of going all the way to the LRT’s Roosevelt Station.

In reply, Light Rail Manila Corporation (LRMC) President & CEO, Rogelio Singson expressed LRMC’s willingness to construct the temporary station at no cost to the government in 10 to 12 months.

On February 15, Sarmiento, together with the other members of the Committee, are scheduled to conduct an ocular inspection to further study the possibility of the proposed temporary station that will benefit an estimated 20,000 to 30,000 LRT riders.