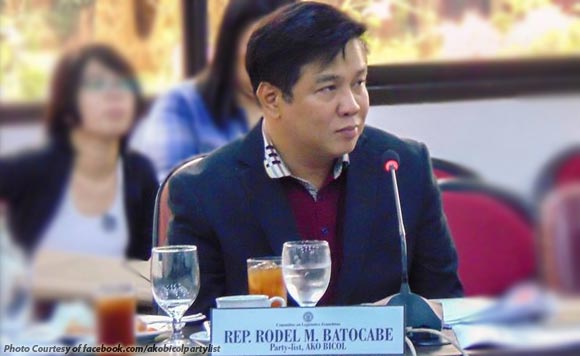 Why not pursue peace talks at the level of regions where communist insurgency is a known problem?

AKO-Bicol party-list Rep. Rodel Batocabe had this to say Wednesday (February 8) in the light of the collapse of the peace negotiations between the Philippine government (GRP) and the National Democratic Front (NDF).

“I am still hoping that peace negotiations will still be pursued, if not in the national level, even in the Bicol region,” he said.

“If they cant talk in the Netherlands, let us talk peace in Bicol,” Batocabe said, referring to the earlier round of peace talks between the GRP and NDF under the Duterte administration.

The NDF is the negotiating arm of the Communist Party of the Philippines (CPP).

Batocabe also expressed confidence that “both the military and the NPA (New People’s Army) particularly in the Bicol region will be able to realize it is useless killing each other as this will only lead to further miseries and sorrows to our constituents.” #