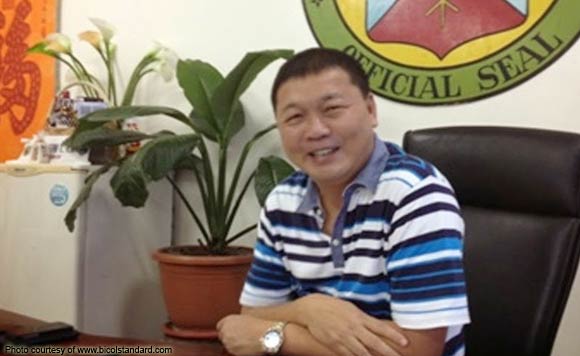 If Larry Que’s widow is to be believed, then Catanduanes Governor Joseph Cua had wanted the newspaper publisher dead for quite some time.

“Prior to his death, he continuously received veiled threats from Gov. Cua and his right-hand man,” Edralyn Pangilinan said of her husband Que as she filed administrative and criminal charges against the top executive of the province.

Que, 54, was shot dead in broad daylight last December 19 outside his office. The killing occurred three weeks after the discovery of a “mega-sized shabu laboratory” in Virac, Catanduanes.

Incidentally, Que had linked local politikos to this drug lab shortly before he was murdered.

According to Pangilinan, Que’s death prevented him from publishing two more articles that detailed the alleged connections between local government officials and the laboratory owners.

The same two articles were quoted in her complaint before the Office of the Ombudsman and translated into Filipino.

Cua has denied any links to the drug lab and Que’s killing. #