Pili, CamSur Mayor Bongalonta points to councilor as cause of his troubles 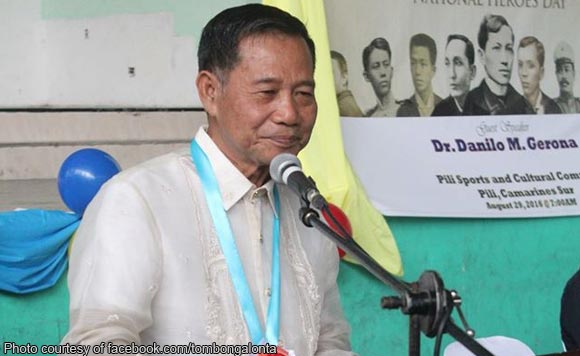 Pili, Camarines Sur Mayor Tomas Bongalonta Jr. just named a Municipal councilor as the “brains” behind the administrative and criminal complaints filed against him and barangay kagawad David Olaguera.

The mayor went as far as to claim that Divinagracia’s hand in the cases was “public knowledge” and that it was “politically-motivated”.

Earlier, New San Roque Punong Barangay Yolanda Berina filed a criminal complaint against the respondents before the Office of the Ombudsman and another one that’s administrative in nature before the Camarines Sur Provincial Council.

It was alleged that Bongalonta violated the Anti-Graft and Corrupt Practices Act when he appointed Olaguera as his personal driver-security aide. This, despite knowing that the latter is a councilman of New San Roque.

Not only does this violate the law but also the 1987 Constitution, the complainant said.

Bongalonta, for his part, claimed that the law only puts a restriction on Punong Barangays or Barangay Chairmen.

“Yes, I acknowledge that barangay kagawad David O. Olaguera of New San Roque is a job order employee of Pili. He is my driver and bodyguard. There is nothing wrong with that because it is allowed. What is prohibited is employing Punong Barangays,” he said.

Palawan BM Maminta thanks PALECO for acting fast on power…