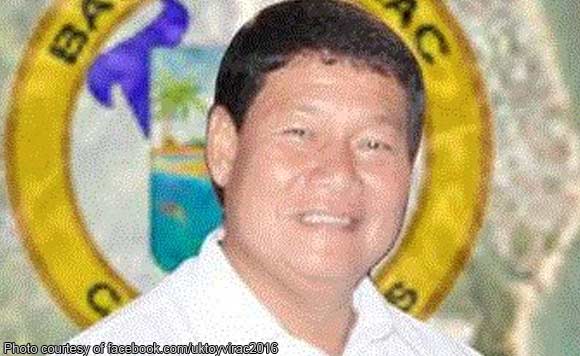 A press statement from the Office of the Ombudsman Wednesday (February 1) said that Pangilinan believes Cua hired a hitman to “silence” Que.

This, after Que linked the politiko to the proliferation of “shabu” in the island province via his newspaper, Catanduanes News Now.

“His exposés, unfortunately, went under the skin of one of his subjects, Joseph C. Cua. The governor of Catanduanes province, and were too much to handle for the latter. Larry was thus slain to finally silence him,” his widow said.

Que, 54, was gunned down in broad daylight last December 19 outside his office. The killing occurred three weeks after the discovery of a “mega-sized shabu laboratory” in Virac, Catanduanes.

No arrests were made during the police raid on the drug lab, which has been described as the largest ever found in the province, if not the country.

Que had reported that the Chinese owners and their workers were tipped-off about the police raid, thus enabling them to escape.

Cua has denied any links to the drug lab and Que’s killing.