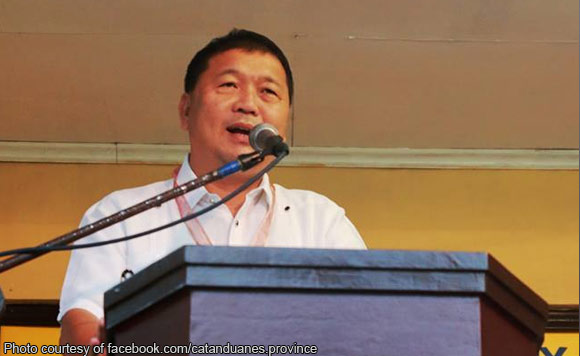 Catanduanes Governor Joseph Cua and two other local officials have been slapped with criminal and administrative charges over the discovery of a “mega-sized shabu laboratory” in the province last year.

Located near the highway, the lab operated for nine months before it was raided by police last November 26. It was capable of churning out 9.6 tons of shabu a month, reports said.

Pangilinan also asked the Ombudsman to file graft cases against the three respondents for causing injury to the people through their negligence.

Cua has denied any hand with drug lab as well as the illegal drug activities in the island province.

Pangilinan is the widow of Larry Que, a local newspaper publisher. Que, 54, was gunned down in broad daylight last December 19 after running scathing articles about the drug lab.

Que ran against Laynes for the mayor’s seat in May 2016.