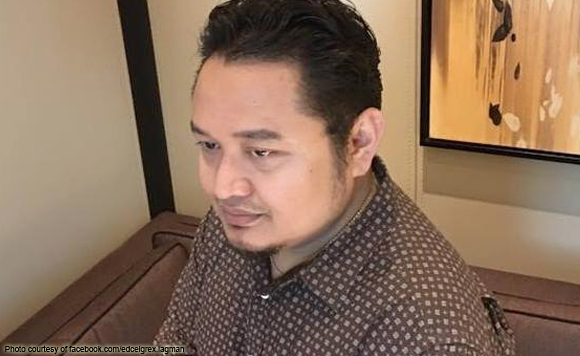 Haters will hate, but former Albay congressman Grex Lagman will still opine on the burning issues of the country free of political bias.

That, it a nutshell, was Grex’s message on this Facebook post wherein he revealed that he was “Getting trolled by the Left and the Right!”

“Like his gung ho support for the Divorce bill is commendable in a country of hypocrites. And his honest attempts at supporting the RH Law through an Executive Order must be acknowledged. These might, ladies and gentlemen, send a signal to Members of Congress to pass the said bill and for the SC to lift the TRO on certain contraceptives, respectively,” said Grex, who was a Liberal Party (LP) stalwart during his tenure in Congress during the 16th Congress.

“And, why do people also get upset when I constructively criticize the President’s ‘war on drugs’ when i’m simply offering alternatives to existing solutions and demand the non-negotiables like due process, rule of law and the presumption of innocence?” he asked.

Two weeks ago, the former politiko cautioned the Duterte administration from using the same tactics as Columbia and Mexico in their respective wars against the drug menace.

“It’s not my problem, folks, if i can see the two (even three) sides of an argument–and think and decide for MYSELF on what position to take. It’s YOUR problem if you can only see black and white when the most compelling issues brought forth before the debating table are gray–or even in rainbow colors,” Grex wrote, obviously referring to Internet trolls.

“Hindi ko kasalanan kung di ako colorblind–at nagiisip!” he said in his parting shot, which probably stung for all the keyboard warriors out there.