Back at you! Castro explains why Atienza is wrong about his reservations on 100-Day Maternity Leave bill 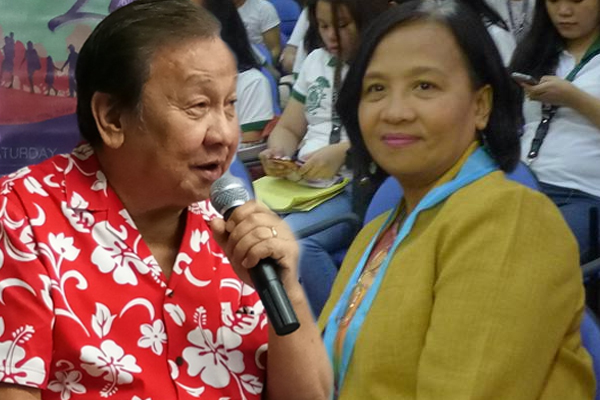 “Making laws that will benefit the people, such as the extended paid maternity leave, is our job as the people’s representatives. Far from ‘raising false hopes’, passing this bill will fulfill our mandate to serve the people via legislation.

The possibility of a presidential veto does not stop us from pushing for the much sought-for reforms for our constituents,” Castro said in a statement Thursday, January 26.

The lady politiko was obviously referring to Atienza’s “worry” that HB no. 4113 would turn out to be unimplementable, meaning it’s intended beneficiaries will have been just taken for a ride.

“We also disagree with Rep. Atienza’s claim that the law is not implementable due to ‘budgetary restrictions’,” Majority member and Makabayan stalwart Castro said.

“As the people’s representatives, we must not be limited by this notion as it is the government’s responsibility to find ways to finance adequate social services for our people. It is a great shame that the government keeps on tightening its belt and depriving it citizens of social services while we are plagued by problems of underspending, misspending and widespread corruption,” stressed the lady politiko.

During the sponsorship of the bill Tuesday, Atienza, a Senior Deputy Minority Leader, basically told the sponsors to get assurance from both private and public entities first that they can afford to give an extended maternity leave for their female workers.

The current allowed maternity leave is only 60 days long, far below the international standard of 98 days.