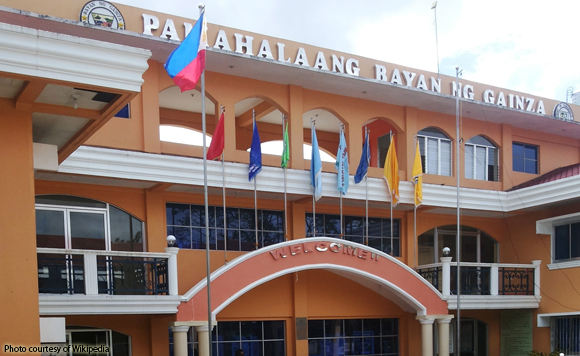 State auditors gave a failing mark to the municipal government of Gainza in Camarines Sur for its failure to strictly implement Republic Act 9003 or the Ecological Solid Waste Management Act.

In a 2016 report, the Commission on Audit (COA) said the municipality failed to observe the provisions of the implementing rules and regulations of the law.

Auditors said among the deficiencies is the the failure of the municipality to revise its draft 10-year Solid Waste Management Plan after it was returned by the Environment Management Bureau for revision.

“Said draft of the Plan was not yet revised, thus, the municipality has no guide in implementing projects aligned with the National Solid Waste Management Framework,” the auditors said.

There was also no waste segregation and volume reduction at source, which was a violation of the implementing rules and regulations (IRR).

The municipality likewise had no garbage truck, although the local government unit had a plan to purchase a tricycle but this did not materialize.

Auditors added that the municipality has no long term storage or disposal facility or sanitary landfill, which is required under the implementing rules and regulations.

“Solid wastes of residents were just being dumped at their own backyards and this may be detrimental to their health,” the auditors said.

The municipality also established two material recovery facilities (MRF), but only the MRF in the municipal compound has an assigned personnel taking care of the facility.

The other MRF was used to collect recyclable materials which were only sold to junkshops, thus limiting the capacity of the facility to mere recycling activities.

The municipality also allotted P491,610.2 under its development fund for the establishment of MRFs, but only P89,876.73 was disbursed, while a portion of the unexpended amount was realigned to procure streetlights.

“The foregoing observations were contrary to the provisions of the aforementioned IRR, thus, exposed the constituents to possible health hazards and diminished the effectiveness of the municipality’s Solid Waste Management Programs,” the auditors said.

The COA urged the municipal mayor Willilam Abilay to hasten the revision of its Solid Waste Management Plan, adopt revenue-generating measures to promote the viability of the plan, and maximize the use of its MRFs in every barangays.

The solid waste management officer told the auditors that the plan was already corrected and will be submitted to the Environment Management Bureau for review and approval.

The officer also justified that the municipality is prone to flood, which was the reason the municipality sought the help of the Metro Naga Development Council to dump their garbage in the dumpsite of Naga.

However, the municipality of Gainza planned to built its own sanitary landfill, adding that the implementation of the Solid Waste Management Act is a long-term engagement due to the municipality’s scarce resources, the officer said.