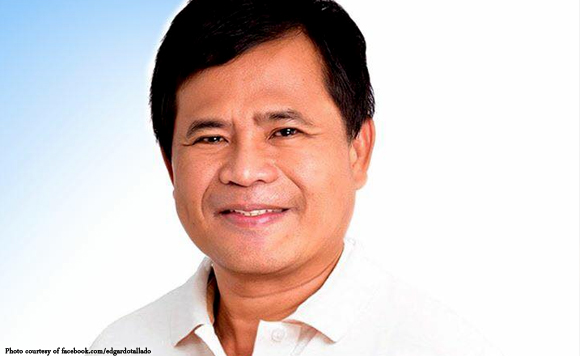 The Department of Interior and Local Government (DILG) has released official certification of Edgardo Tallado’s reassumption as Camarines Norte governor some two weeks after he returned to the Capitol.

The same DILG document directed erstwhile governor Pimentel to slide back down to Vice Governor, which he already did.

Tallado’ dismissal had to do with a charge on gross immorality that was filed by one Jonel Banal. He was earlier suspended for an entire year, from October 2015 to October 2016.

It was in 2015 when a sex video of the politiko and his mistress went viral online.

Meanwhile, the recent upheaval hasn’t tarnished the relationship between Tallado and Pimentel, who belong to the same political party.