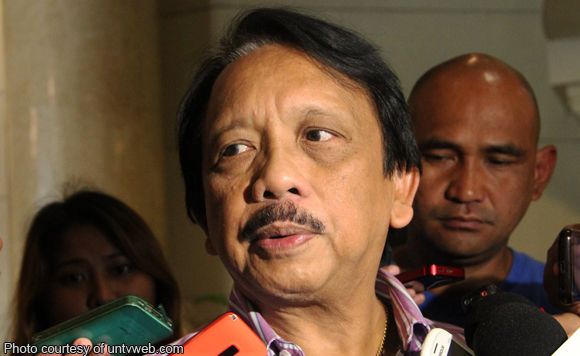 No government official can be trusted in Catanduanes.

Thus, claimed Volunteers Against Crime and Corruption (VACC) chairman Dante Jimenez as he expressed concern over the conduct of the investigation on the death of columnist and publisher Larry Que.

“Compromised ang mga tao doon. I can’t trust the people there because they all know each other,” lamented Jimenez.

Apart from the ongoing police investigation, Justice Secretary Vitaliano Aguirre II has already ordered the National Bureau of Investigation (NBI) to probe the death of Que who was believed to have been killed for criticizing local officials in the aftermath of the discovery of a “mega-sized” drug laboratory in Virac, Catanduanes.

“There is no other motive but the paper he released that there is a laboratory in Catandanuaes, That is the only angle I see,” he pointed out.

Cua has already denied involvement in the illegal drug trade.