Mahabang antayan pa: Albay may be fully re-powered on 2nd week of January 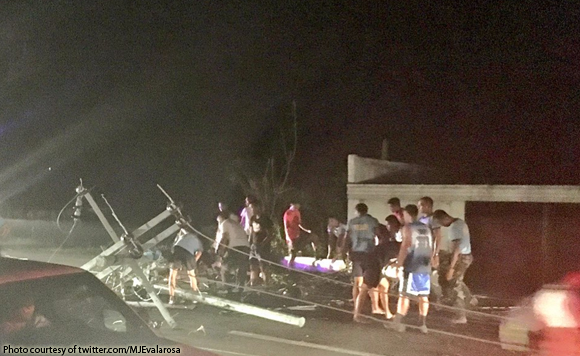 Some residents of Albay may have to wait until the first or second week of January for their power supply to return due to the extent of damage that typhoon “Nina” brought to their districts.

Albay Governor Al Francis Bichara learned this first hand from officials of the Albay Power and Energy Corporation (APEC), who joined him in a press conference Wednesday, December 28 or a few days removed from Nina’s battering of the province and the rest of the region.

According to APEC, the least damaged district was the 2nd district, while the 1st and 3rd districts reportedly sustained heavy damage to the electrical infrastructure.

Most of the municipalities in the 1st and 3rd districts were submerged in water, while its electrical posts were either uprooted or destroyed.

As such, APEC announced that the 2nd district will get electricity on Saturday, December 31, earlier than the other two districts.

The power utility also said that itsTask Force Nina engineers from Manila are scheduled to check the Bitano and Washington sub-stations today, December 29.

Meanwhile, it was learned that a Meralco team will help in the restoration of downed power lines, also on December 29.