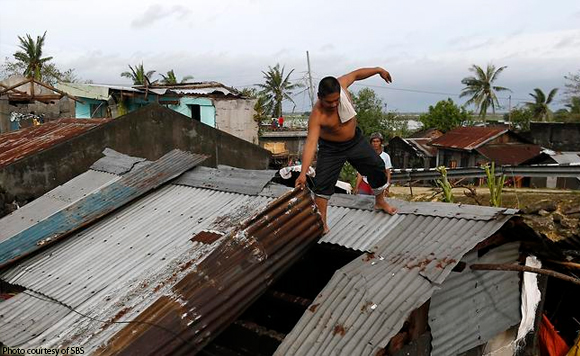 Initial impressions from the air seems to indicate that Virac, Catanduanes was severely devastated by Typhoon “Nina”.

This was revealed by Armed Forces of the Philippines spokesperson Brig. Gen. Restituto Padilla after a combined team from the AFP, Department of National Defense and National Disaster Risk Reduction and Management Council arrived in the area 12: 30 p.m. Tuesday, December 27.

The team was headed by Secretary Delfin Lorenzana and AFP chief-of-staff Lt. Gen. Eduardo Año who deployed there to assess “Nina’s” damage to the island and confer with local officials ahead of President Rodrigo Duterte’s visit.

“Approaching the island from the air and upon arrival, their common perception is that Virac is completely devastated. It also appears that the provinces primary source of livelihood is severely damaged. The islands’ coconut trees, a major source both of livelihood & sustenance were destroyed and may take five-ten years before we see signs of recovery,” he added.
The abaca industry, the primary source of livelihood here is also seriously damaged and will need one or more years before it sees recovery and productivity.

As this develops, Catanduanes Governor Joseph Cua said the coconut trees on the island now looked like wilted candles and except for their timber, would be useless for years to come.

“This is the strongest typhoon to hit us after 10 years,” the politiko said, adding that they are still thankful despite the damage as there was no lost of life.