Albay now under a state-of-calamity due to ‘Nina’ impact 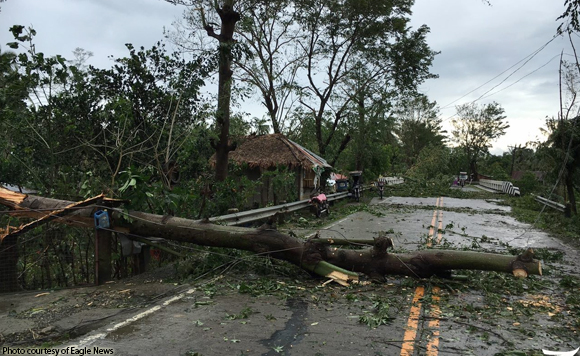 0 605
Share
Want more POLITIKO News? Get the latest newsfeed here. We publish dozens and dozens of politics-only news stories every hour. Click here to get to know more about your politiko - from trivial to crucial. it's our commitment to tell their stories. We follow your favorite POLITIKO like they are rockstars. If you are the politiko, always remember, your side is always our story. Read more. Find out more. Get the latest news here before it spreads on social media. Follow and bookmark this link. https://goo.gl/SvY8Kr

Due to the severe impact of Typhoon “Nina,” the Sangguniang Panlalawigan of Albay held a special session to pass Resolution No. 255-2016 declaring the entire province under a state-of-calamity Monday, December 26.

Vice Governor Harold Imperial said a P23-million calamity fund was available so the province could recover from the damage wrought by “Nina”.

The politiko said the typhoon caused heavy damage in the entire province, particularly in the first and second districts.

The first district is composed of Tiwi, Malinao, Malilipot, Bacacay and Tabaco City while the third district consists of the towns of Guinobatan, Oas, Polangui, Libon and Ligao City.

In the third district, especially in Polangui town, 70 percent of the houses have been totally destroyed, said Imperial.

The provincial government of Albay has been evacuating a quarter of a million families since Friday evening. These were the villagers threatened by strong winds, flood, mud and lahar flows, storm surges and landslides.

On the evening of December 25, the state weather bureau declared Albay under Tropical Cyclone Warning Signal No. 3.

Meanwhile, personnel of the National Grid Corp. of the Philippines have been working 24/7 to restore power transmission service after an outage hit portions of Albay province.