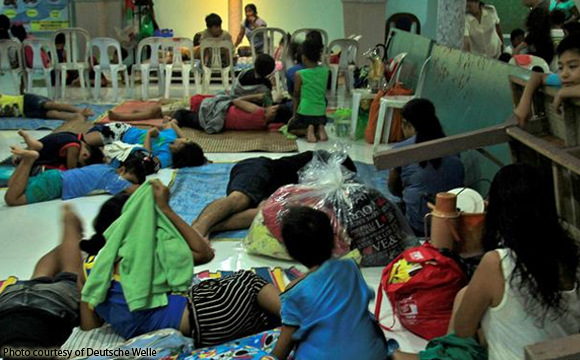 Was Camarines Sur Governor Migz Villafuerte’s strategy of dangling scrumptious lechon to target evacuees amid the threat of typhoon “Nina” effective or what?

The millennial politiko publicly bared at past noon Sunday, December 25 that close to 90,000 of his constituents have been safely evacuated from identified danger zones.

“Let us cooperate and coordinate with the proper authorities to ensure ZERO CASUALTY. Our preparedness and resiliency shall be stronger than any typhoon,” he added.

In an appeal on Facebook and Twitter on Christmas Eve, December 24, Villafuerte announced a rather yummy incentive for those who would voluntarily leave their homes for safer ground.

“I know it is Christmas, and is somewhat sunny right now but this is a legit typhoon,” added the governor. Nina packs winds of up to 215 kilometers per hour, according to PAGASA.

Villafuerte said that the target for Saturday night or a few hours before the traditional Noche Buena feast was the evacuation of 50,000 people. That number has since been surpassed by nearly 40,000.