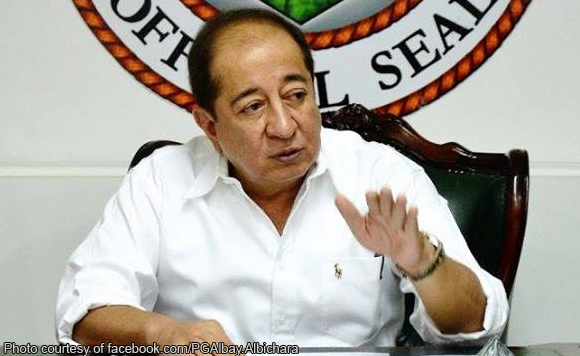 The Provincial Government of Albay has now switched to typhoon “Nina” response mode, and Governor Al Francis Bichara is leading the way.

This means towns and cities will have the means to support the evacuation order issued by the Provincial Disaster Risk Reduction Management Council (PDRRMC) covering measures such as relief, health and sanitation, transportation and security.

The order came upon recommendation of the PDRRMC Cluster Leads, which Bichara has been regularly meeting since the threat of Nina (international name: Nock-Ten) emerged.

Philippine Atmospheric, Geophysical and Astronomical Services Administration (PAGASA) has reported that Nina’s gust strength reaches up to 215 kilometers per hour.

PAGASA has declared signal no. 3 in Albay, Catanduanes, Camarines Sur and Camarines Norte.