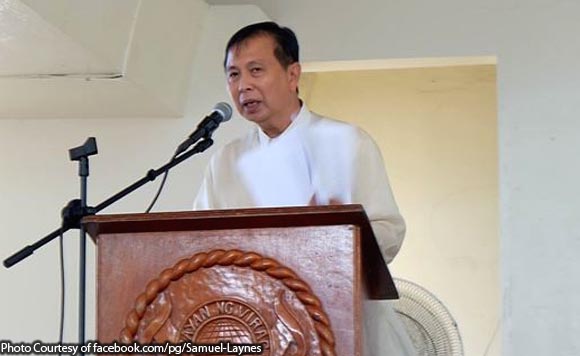 Virac, Catanduanes Mayor Samuel Laynes has condemned the killing of newspaper publisher Larry Que, who was one of his opponents during the May 2016 elections.

“Whoever is behind this senseless killing, I strongly condemn the cowardly act, a blatant attack on the harmony of the community,” Laynes said in a statement.

“Unless the pillars of our criminal justice system will do something to rectify the situation, there is always a possibility that civility will collapse and the role of the mob will prevail in this once peaceful municipality,” warned the politiko.

Que, 54, was gunned down in broad daylight last Monday (December 19) by a still-unidentified assailant.

Before the ambush, Que, in his paper Catanduanes News Now, had slagged local authorities for their alleged negligence which resulted in the operation of a “mega-sized” drug lab in Barangay Palta Small, Virac.

Located near the highway, the lab operated for nine months before it was discovered and raided by police last November 26. It was capable of churning out 9.6 tons of “shabu” a month.

Incidentally, Laynes and Catanduanes Governor Joseph Cua are being investigated by the Department of Justice (DOJ) for their alleged involvement in the drug lab. Both politikos have denied any part in running the facility.

“I encourage every Viracnons and each and every Catandunganons to be more vigilant and report to the authorities any suspicious activity of any individual or group of individuals that might breach the peace and order of our traditionally peaceful community,” Laynes further said.