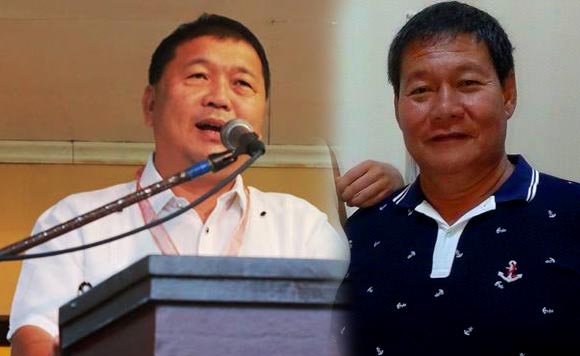 Catanduanes Governor Joseph Cua admitted in the aftermath on the attack on newspaper publisher Larry Que that they didn’t see eye to eye all the time.

However, the Cua stressed that he always “respected the views” of the locally-famous businessman.

“Although it is common knowledge that Mr. Que and I have had previous differences in opinion on matters concerning public leadership, I have always welcomed and respected his views,” Cua said in a statement Monday (December 19) when Que was still fighting for his life in the hospital.

An unidentified man pumped a bullet inside Que’s head in front of his own of Liberty Insurance Company building on Monday morning. He died early morning Tuesday.

“As Chief Executive of the Provincial Government of Catanduanes and Chairperson of the Provincial Peace and Order Council, most importantly, as an individual with moral ascendancy over another, I strongly condemn this recent act of atrocity,” said the governor.

“For so long, even during election period, Catanduanes has been among the few provinces in the country where killings–politically-motivated or otherwise–have been unheard of.

“We have always taken pride in our island province’s penchant for peace and forbearance that our province’s crime incidence has been marginally confined to petty crimes and occasional crimes of passion, but never of those committed in cold blood,” added the politiko.

Que’s newspaper, Catanduanes News Now, has only been around for two weeks when he was slain. Among the big news that the paper carried in that time was the discovery of the “mega” drug laboratory in Barangay Palta Small, Virac.

Incidentally, Que ran for mayor of the town in the May polls.

The businessman is believed to know the personalities behind the clandestine drug lab, given his connections. The lab, which is capable of producing 10 tons of “shabu” per month, operated under authorities’ noses for nine months before being found.

Cua and Virac Mayor Samuel Laynes are being investigated by the Department of Justice (DOJ) for their alleged hand in drug-making facility.