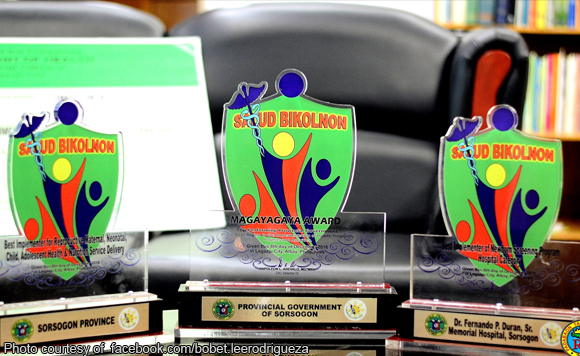 It certainly pays to dole out quality public service.

This is especially true for the Provincial Government of Sorsogon, which has earned a total of P750,000 in cash incentives from the Department of Health (DOH).

The money prizes came with the recognitions that the Capitol won during the 2016 Salud Bikolnon awards.

Sorsogon Governor Robert Lee Rodrigueza took to Facebook to post pictures of the awards as well as the three checks that they earned with it.

“To God be the glory! Sorsogon is top performing Provincial Government in Bicol Region in the implementation of health programs, projects and activities,” he wrote.

The politiko also boasted that the province is now a “Hall of Famer” after claiming the Magayagaya Award for a fourth consecutive year.

And if we know the governor, all that money will be put to good use.