It began with the drug lab: Sarmiento hurt by Catanduanes ‘controversies’ 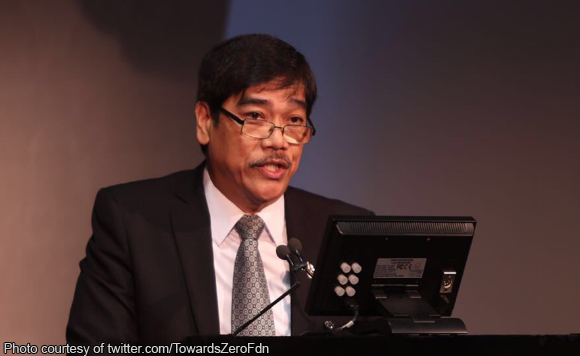 Catanduanes Rep. Cesar Sarmiento can’t help but be saddened by the successive “controversies” that have struck his beloved island province.

That latest heartache to befall Sarmiento is the murder of local businessman-politician Larry “Uktoy” Que.

A day earlier, Que was gunned down by motorcycle-riding assailants. He succumbed to his injuries before dawn Tuesday.

“This latest incident saddens me since our beloved Catanduanes which has been a sanctuary of peace, has been subject to controversy after controversy in recent times,” commented Sarmiento.

It can be recalled that last November 26, authorities discovered a clandestine drug lab in Virac, Catanduanes. Capable of churning out 10 tons of “shabu” per month, the Virac facility
is easily the biggest drug lab to be found this year.

Whether fairly or unfairly, this discovery has earned Catanduanes the unofficial title of drug capital of Bicol.

Referring to the shooting incident, Sarmiento expressed hope that lawmen would eventually get to the bottom of it.