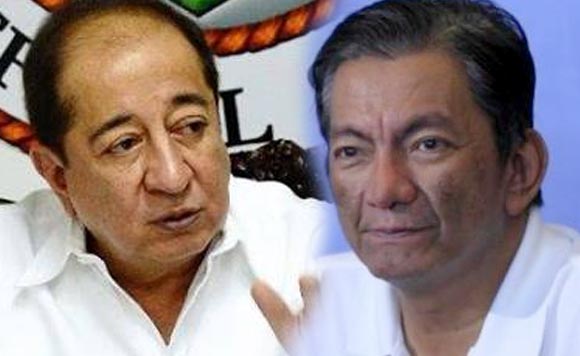 0 598
Share
Want more POLITIKO News? Get the latest newsfeed here. We publish dozens and dozens of politics-only news stories every hour. Click here to get to know more about your politiko - from trivial to crucial. it's our commitment to tell their stories. We follow your favorite POLITIKO like they are rockstars. If you are the politiko, always remember, your side is always our story. Read more. Find out more. Get the latest news here before it spreads on social media. Follow and bookmark this link. https://goo.gl/SvY8Kr

Albay politikos were quick to give their messages of solace to Miss World-Philippines candidate Catriona Gray after she failed to bring home the bacon in the pageant.

However, Gray, whose mother is from Oas, Albay, still managed to finish in the Top 5 of the competition.

“You have won the hearts of the whole of Albay province and the world. Landing in the top 5 is already a feat in itself. Congratulations, daragang magayon, Ms. Gray!” Albay Governor Al Francis Bichara told Gary on a Facebook post minutes after the verdict was announced Monday (December 19).

“Congratulations! Top 5 of the world. She did her best,” posted another local politiko in Albay 2nd district Rep. Joey Salceda, also on FB.

Gray entered the coronation night at The Theater, MGM National Harbor in Maryland, United States as among the favorites following her strong showing in the preliminaries.

In fact, Gray was Miss World Multimedia winner, second in the talent competition, and among the five bets chosen under the “Beauty with a Purpose” category.

The Philippines’ first and only Miss World crown came in 2013 courtesy of actress Megan Young.