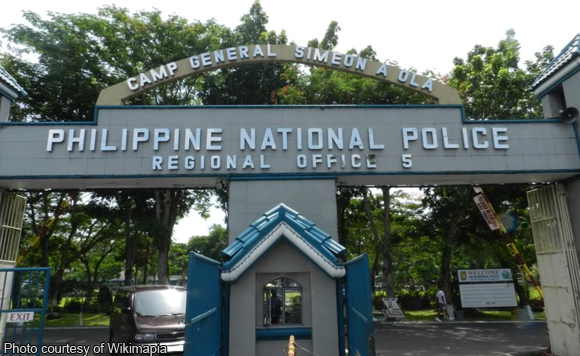 This might remove the stench of the Catanduanes “mega” drug lab a bit.

The Philippine National Police (PNP) leadership has hailed the Police Regional Office 5 (PRO5) in Bicol for being the top performer in the nationwide implementation of “Double Barrel Alpha”.

The period for the recognition covers November 26 to December 7. Incidentally, the big “shabu” laboratory in Virac, Catanduanes was discovered on the November 26.

The facility, which reportedly operated for nine months undetected, rocked Catanduanes and the rest of Bicol especially since it is being alleged that local politikos served as its protectors.

A PNA report bared that PRO5 under its director Chief Supt. Melvin Ramon Buenafe got the “highest percentage accomplishment of 216 percent that surpassed the target in the accounting of the drug personalities”.

A certificate of commendation was awarded to PRO5 by Director Benjamin Magalong, chairman of the national oversight committee of the National Task Force on Illegal Drugs and chief of operations of the Technical Directorate of the PNP.

The citation read that the performance of PRO5 had “significantly contributed a lot to the attainment of a drug free Philippines”.

Under investigation by the Department of Justice (DOJ) for their alleged complicity in the drug are Catanduanes Governor Joseph Cua and Virac Mayor Samuel Laynes.