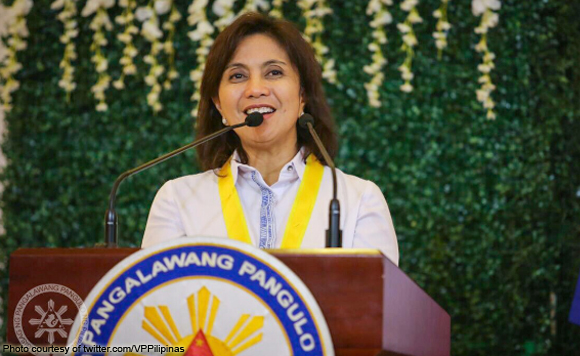 Naga City Mayor John Bongat, in a Bicol Mail report Thursday (December 8), said he and the rest of Robredo’s allied politikos there will seek an audience with the Vice President to ask her on what they can do to support her at this time.

The text message, which some said was tantamount to firing, spurred Robredo to resign as Housing chief.

“It is sad that she is out in spite of her efforts since day one because the housing program is very dear to her especially that it benefits the poor sector,” Bongat commented.

Meanwhile, Bongat declined to comment on alleged plans by the administration to unseat a Robredo as Vice President.

Robredo’s late husband, Jesse Robredo, is a beloved figure in Naga City where he served multiple terms as mayor.