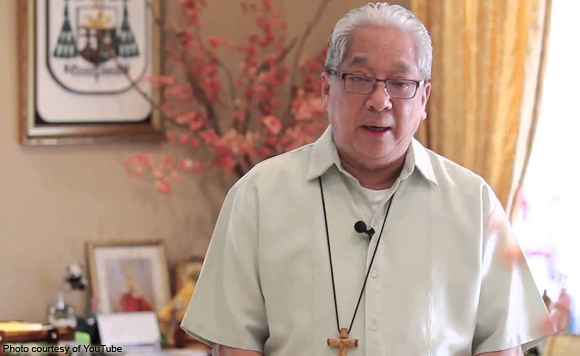 Archbishop Rolando Tria Tirona of the Archdiocese of Caceres has called on Bicolanos to rally behind their very own Vice President Leni Robredo.

This, as Tirona said he’s convinced there’s an actual plan to oust the Vice President based on recent events.

“I agree with her that there is definitely a plot against her though she is trying to be nonchalant about it and she is aware there are those working to dislodge her,” he was quoted as saying in a Bicol Mail report Thursday, December 8.

Robredo resigned Monday as Housing Secretary of the Duterte administration. Before this, she was told via text message by Cabinet Secretary Jun Evasco to stop attending Cabinet meetings.

Robredo had claimed her easing out of the Cabinet was part of the grand plan to unseat her. She had also cried foul over the slashed housing budget and the apparent disregard by the administration for her recommendations in the sector.

The Archbishop said that Robredo “has much to contribute to our country but she was not given ample opportunity as she herself said that from the very start she doesn’t feel the support”.