Sobrang kabastusan! Lagman explains why Robredo ‘firing’ is so wrong 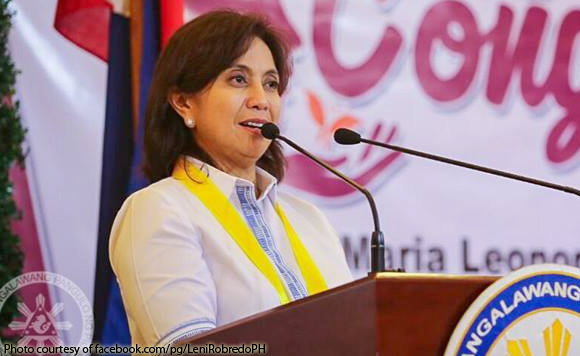 Housing Secretary and Vice President Leni Robredo wasn’t accorded the respect she deserved when she was booted out of President Rodrigo Duterte’s Cabinet via mere text message, plain and simple.

According Albay Rep. Edcel Lagman, Robredo should have been treated differently from the rest of the Cabinet.

“A Vice President’s appointment in the Cabinet has constitutional basis or anchorage, unlike all of the other Cabinet Members who are political appointees,” the former House Minority leader said in a statement Tuesday, December 6.

“Following the Constitution, Vice Presidents after the EDSA People Power Revolution had been invariably extended appointments to the Cabinet,” Lagman noted .

On Monday, Robredo, a Liberal Party (LP) member like Lagman, resigned from her Cabinet post after she was told by Cabinet Secretary Jun Evasco to no longer attend Cabinet meetings.

Lagman stressed that this was improper, to say the least.

“Giving Vice President Leni Robredo the raw deal as Housing Secretary is consummate imprudence. The unceremonious manner by which Robredo was eased out from the Cabinet smacks of inordinate partisanship, gross impropriety and absence of requisite politesse,” he said.

The House politiko added: “As a Cabinet appointee, the Vice President requires no confirmation by the Commission on Appointments, unlike the rest who have to pass the gamut of the confirmation process.”