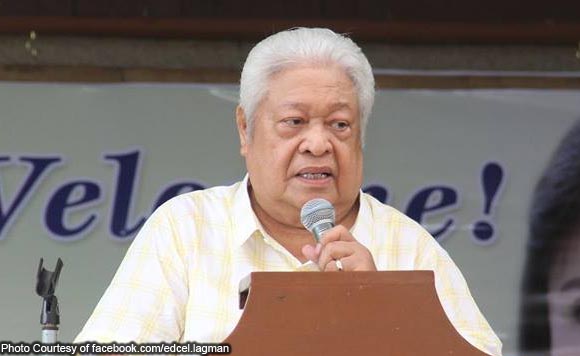 Albay congressman Edcel Lagman thinks its time for the “tame stallions” to bust their way out of the President Rodrigo Duterte-led PDP-Laban barn.

“Magnificent Seven” member Lagman on Monday (December 5) called on his fellow Liberal Party (LP) politikos from the supermajority to rethink their alliance with PDP-Laban in the light of Vice President Leni Robredo’s “marginalization” from the administration.

“Robredo is the highest ranking LP-elected official,” Lagman reminded his party-mates from the supermajority bloc, which he once dubbed LP’s tame stallions.

“The LP’s disengagement from the supermajority and assuming the role of political opposition will strengthen the authentic minority as an indispensable institution in a democracy.

“The break will also further energize efforts to contain and oppose administration policies violative of the Constitution and inimical to the people’s welfare,” said Lagman, who along with the Magnificent Seven have been the opposition figures in the PDP-Laban dominated House of Representatives (HOR).

There are around 30 LP members in the supermajority, with former Speaker Feliciano Belmonte Jr. being one of them.

LP chairman Robredo had reportedly been told by Cabinet Secretary Jun Evasco’s to “desist from attending all Cabinet meetings” beginning Monday. She is the administration’s Housing Secretary.

Robredo has interpreted the order–which originated from Duterte–as part of the plan to “steal” the vice presidency from her.

She said that she would resign from the Cabinet Monday.