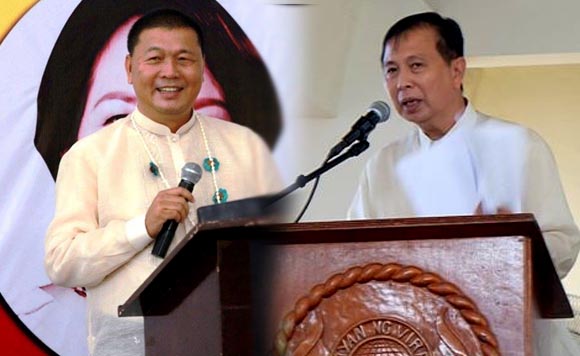 The Philippine National Police (PNP) isn’t coddling the alleged politikos behind the operation of the “mega-sized” drug laboratory in Virac, Catanduanes.

No less than PNP Director-General Ronald “Bato” Dela Rosa gave this assurance Monday (December 5) during a Senate inquiry even as whispers grow louder about the purported involvement of Catanduanes Governor Joseph Cua and Virac Mayor Samuel Laynes as far as drug trade in the province is concerned.

Catanduanes is still reeling from the discovery of the Virac drug lab, which has been described as the biggest find under the Duterte administration. It is said to be capable of producing 9.6 tons of “shabu” a month.

Cua and Laynes have denied any links to the facility, which was uncovered last November 26. Aside from the two local politikos, the Department of Justice (DOJ) is also looking at the involvement of former National Bureau of Investigation (NBI) regional director Eric Isidoro in the drug lab.

At any rate, the PNP head honcho said that they are making progress in the investigation.