Espela takes over from suspended Mayor Gamos in Sorsogon town 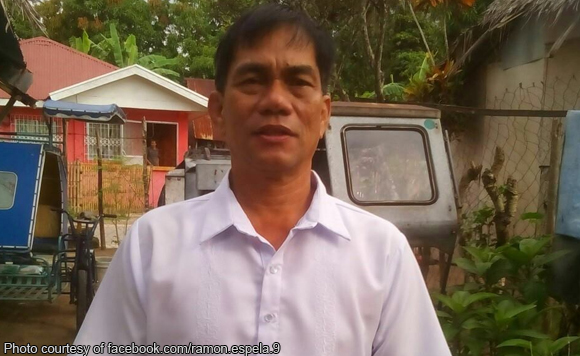 Vice Mayor Ramon Espela is now the acting mayor of Sta. Magdalena, Sorsogon following the official serving of a memorandum by the Department of Interior and Local Government (DILG).

Based on a Bicol Standard report Saturday (December 4), Espela’s temporary takeover of the Municipal hall came at the heels of Mayor Alejandro Gamos’ 90-day suspension by the Sandiganbayan 4th division due to a malversation charge.

Taking Espela’s place as Vice Mayor according to the DILG is Councilor Manuel Maestrado.

The anti-graft court issued the suspension order without pay in connection with Gamos’s supposed failure to account for the P8.2 million cash advances he made between 2004 and 2007.

Based on the results of the Commission on Audit’s (COA) special audit, Gamos received 52 cash advances with no stated purpose during that time period. As of 2008, P2.7 million of the P8.2 million remained unaccounted for.

In January 2007, Gamos made another cash advance amounting to P400,000 which remains unliquidated. It was later found to be unrecorded in the books of accounts.

The COA then issued demand letters to Gamos in November 2008 and March 2009 but he failed to heed the order for liquidation.