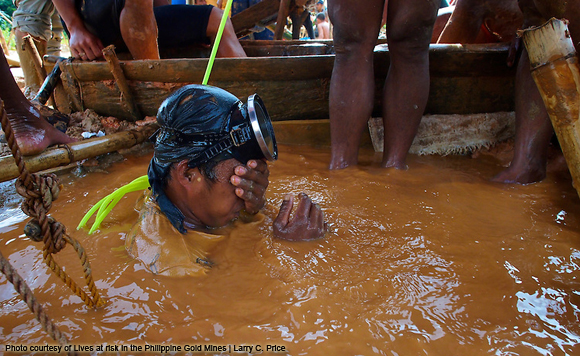 According to a Camarines Norte News report, Labo Municipal Police Station chief, Supt. Ricky Camisola received a tip regarding such an activity within his area.

Camisola, in an interview over Cool Radio News FM, said that he would have the mine checked by police operatives.

Somewhat corroborating the information reaching Camisola were reports that the mine in question had an illegal electrical connection. This has reportedly been acknowledged by the Camarines Norte Electric Cooperative (CANORECO).

Camisola is expected to get to the bottom of this, especially since Lopez recently warned that local officials–including police–will be held accountable for possible neglect if illegal mining activity is proven to exist.

Lopez gave this warning during a meeting between her, legitimate miners from Camarines Norte and Governor Jonah Pimentel.

Palawan board members urges LGUs to form committee on energy