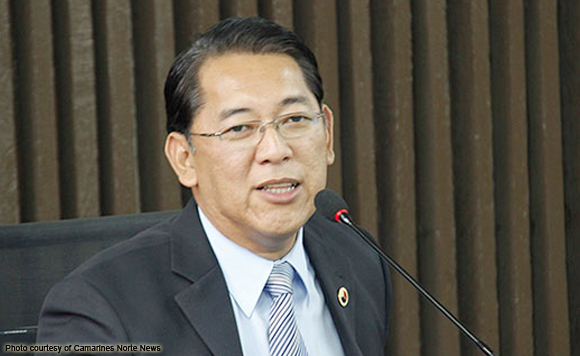 Camarines Norte Governor Jonah Pimentel has reiterated his alliance with former governor Edgardo Tallado–first, by beginning to groom the latter’s unico hijo and second, promising that he’ll be out of the way in 2019.

In a press briefing earlier this week, Pimentel said that he and his party mate, dismissed former governor Tallado remain staunch allies.

Alvin is the only child of ex-governor Tallado, who was ordered dismissed by the Office of the Ombudsman.

Along with his dismissal as governor, Tallado was also stripped of his benefits and declared perpetually disqualified holding any government post. As such, it is believed that his son will vie for the governor’s seat in the 2019 local elections.

But where does that leave Pimentel? In the same briefing, the sitting governor promised that he would run for congressman in the second district of Camarines Norte, thus clearing the path for Alvin.

It can be recalled that upon his assumption of the governor’s seat, then-vice governor Pimentel claimed that he never intended to run for governor and that his supposed plan was to become a lawmaker.