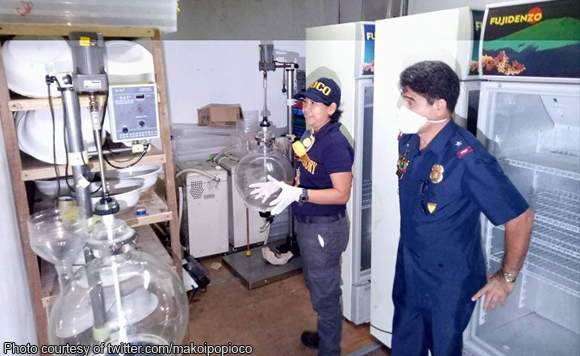 It sits on a 1,000-square meter lot and is located just 100 meters from the main highway. It is believed that it was first fired up last March.

At the heart of the “high-tech” lab’s production capabilities are its “Rigai” and hydrogenator systems, Ferro said.

“The Rigai system uses heat while hydrogenator uses water in manufacturing shabu,” Ferro was quoted as saying in a PNA report Wednesday, November 30.

The lab housed a total of six hydrogenators. Ferro said each one can produce around 1.2 tons per cycle, or weekly.

The PNP official estimated that the six machines can produce 9.6 tons of shabu per month.