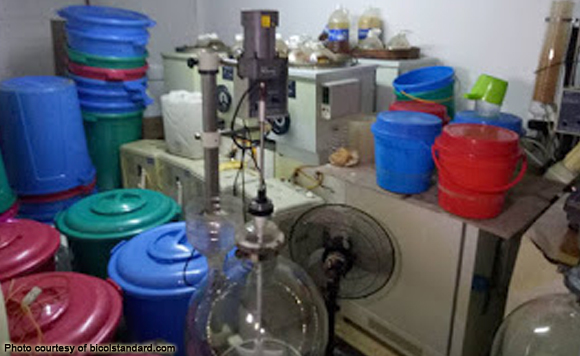 A small fry would have to do for now.

One Lawrence Flores Pinera, identified as the caretaker of the property in Barangay Palta Small, Virac, Catanduanes that turned out to be a “mega” drug laboratory, has been subjected to inquest proceedings.

This means that Pinera has been charged for violation of Republic Act (RA) 9165 or the Comprehensive Dangerous Drug Act of 2002.
The inquest took place in the absence of the “big fish” behind the huge illegal drug manufacturing facility which rocked the province to its core upon its discovery last November 26.

Both politikos have denied any hand in the local drug business.

Described as “high-tech”, the Virac lab can churn out nearly 10 tons of “shabu” monthly, police said.