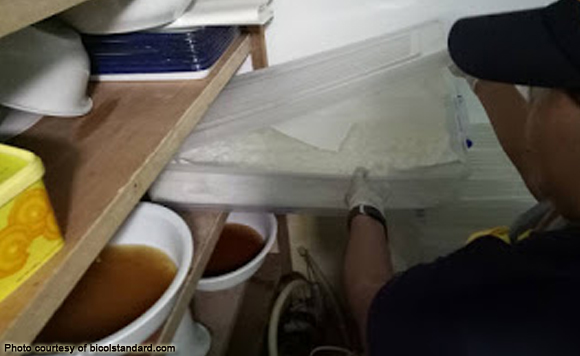 Virac, Catanduanes Mayor Samuel Laynes couldn’t hide his devastation over his town’s newfound association with illegal drugs, no thanks to the discovery of a big “shabu” laboratory in his area.

In a PNA report Wednesday (November 30), Layne was said to be both “saddened and shocked” following the Philippine National Police’s (PNP) discovery of the illegal drug facility in Barangay Palta Small last November 26.

“This is a very big issue against us but I remain steadfast in my campaign and duty to cleanse our town against illegal drugs, petty crimes and other social problems,” Laynes was quoted as saying.

The politiko went on to ask the public to avoid making speculations even as he maintained his support for the Duterte administration’s anti-drug and crime campaign.

According to police, the Virac lab is capable of producing 9.6 tons of shabu (methamphetamine hydrochloride) per month .