Saving face? Cua asks for DOJ probe on drug lab after getting preempted by Aguirre 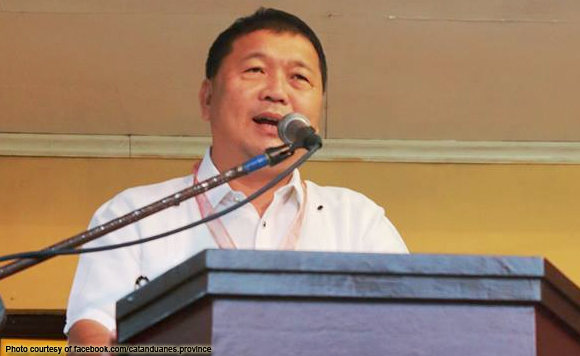 As if to demonstrate his innocence, Catanduanes Governor Joseph Cua asked on Tuesday the Department of Justice (DOJ) Secretary Vitaliano Aguirre II to carry out an independent probe on the clandestine “shabu” laboratory in Virac that was discovered over the weekend.

But the thing is, Aguirre had already said that the Department would look into the controversy a day earlier.

“This is an urgent request for the Department of Justice to create or organize an independent fact-finding body to conduct its own investigation on the recently discovered shabu laboratory in Palta Small, Virac, Catanduanes,” read Cua’s signed letter to Aguirre.

The letter was dated November 29, 2016. It should be noted that the lab was found by police Saturday, November 26.

Cua said that his investigation request would run parallel with the probe currently being conducted by the Philippine National Police (PNP) regarding the person or persons behind the operation of the lab.

Incidentally, the politiko–who became the province’s top executive last May–is being implicated in local drug activities. Cua has denied this.

“Media and the meddling of politicians might affect the outcome of the ongoing investigation and this possibly can only be prevented or balanced if an independent body will be created for the purpose,” Cua insisted in his letter.

Aguirre has acknowledged these alleged drug links and has vowed to probe it.

Believed to have come online early this year, the subject Virac property was found to possess “high-tech” equipment for the manufacturing of shabu.