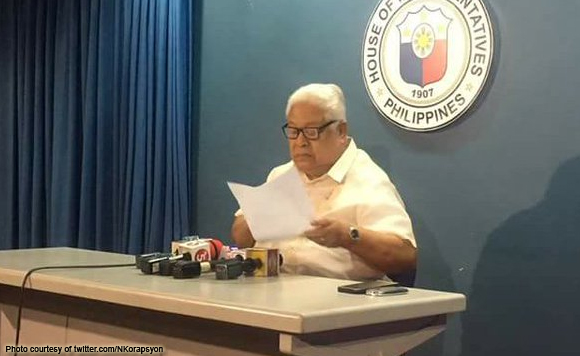 House Speaker Pantaleon Alvarez should let the members of the so-called supermajority vote on the proposed restoration of the death penalty based on their conscience and not party loyalty.

Lagman made the call on the wake of the approval by the Sub-Committee on Judicial Reforms of the Committee on Justice of the substitute bill adhering to the proposal of House Bill (HB) No. 001 imposing the death penalty on at least 21 crimes considered “heinous”.

Alvarez, a top ally of President Rodrigo Duterte in Congress, was the one who authored the measure. It should be noted that the proposal to reimpose death penalty is a priority measure of the administration.

Duterte is PDP-Laban chairman, the ruling party in the Philippine legislature.

Lagman believes that the adoption of the substitute bill by the Sub-Committee Tuesday was railroaded and at the very least, questionable.

“The precipitate approval, which was assured by the preponderant presence of ex-officio members who outnumbered the regular members, was vitiated by non-compliance with the prior three-calendar day notice rule to the members informing them of the scheduled meeting, abrupt termination of the testimonies of resource persons and absence of a requisite committee report,” the Bicolano solon said.