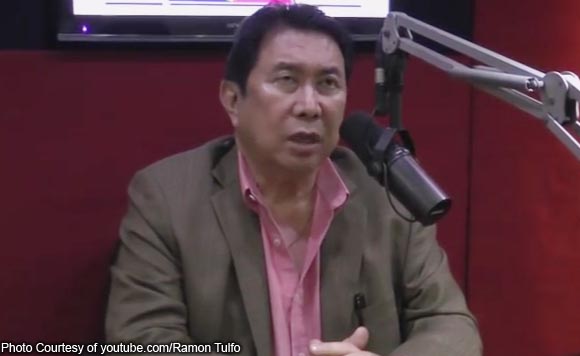 Two ranking politikos from Catanduanes are behind a drug syndicate whose operations in Bicol will put that of self-confessed drug dealer Kerwin Espinosa to shame.

In his Philippine Daily Inquirer column published Tuesday (Nov. 29), broadcaster Ramon Tulfo said the politikos are supposedly in cahoots with with Eric Isidoro, head of the National Bureau of Investigation (NBI) office in Gen. Santos City.

Tulfo said the syndicate run by the politikos is apparently much bigger than the one managed by Espinosa in Eastern Visayas because it spans the entire Bicol region.

Citing his sources at the Philippine Drug Enforcement Agency, the broadcaster said: “The two elected officials had been in the radar for sometime now but government agents couldn’t pin them down because of their influence with the previous administration.”

It was only after President Rodrigo Duterte won that the two politikos slowed down their operations, Tulfo said.