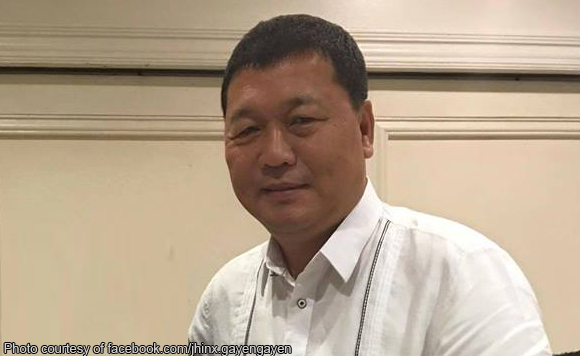 0 485
Share
Want more POLITIKO News? Get the latest newsfeed here. We publish dozens and dozens of politics-only news stories every hour. Click here to get to know more about your politiko - from trivial to crucial. it's our commitment to tell their stories. We follow your favorite POLITIKO like they are rockstars. If you are the politiko, always remember, your side is always our story. Read more. Find out more. Get the latest news here before it spreads on social media. Follow and bookmark this link. https://goo.gl/SvY8Kr

Catanduanes Governor Joseph Cua hopes that the discovery of a clandestine drug laboratory in Barangay Palta Small, Virac would lead to clearing of his name as far as the illegal drug issue is concerned.

“We are in full support of this operation. It will also identify as to who really are involved in illegal drug trade here and hopefully clear my name for the long time election issue of my involvement in this illegal trade,” Cua was quoted as saying in a Bicol Standard report Monday, November 28.

The property was owned by a certain Angelica Balmadrid, a common law-wife of lawyer Erick Isidoro of the National Bureau of Investigation (NBI). It is being leased to a certain Jayson Uy.

Initial findings showed the presence at the property of voluminous precursor chemicals and numerous equipment typical of a “shabu” laboratory.

Cua had acknowledged the allegations of him being a “drug lord”, but brushed these off as just black propaganda during election season.

The politiko also noted that he was yet to sit as governor earlier this year when the lab began its operations.

“Initial reports say that the building was constructed one and a half to two years ago. The electric bill [skyrocketed] from a thousand to P50,000 in March 2016 which points that it was operational during that period,” Cua said.