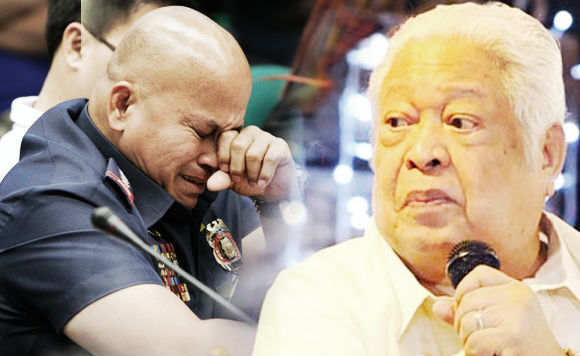 Albay Rep. Edcel Lagman said that alleged drug lord Kerwin Espinosa’s testimony at the Senate committee on justice showed that the “criminal conspiracy” in the police ranks was at the heart of the country’s drug menace.

‎In a statement, Lagman said Espinosa’s testimony showed that illegal drug have flourished largely because of police protection from the top echelons on Camp Crame.

“The menace in illegal drugs is police protection. A teardrop alone from PNP Director General Ronald Dela Rosa cannot inundate the criminal conspiracy of some of his men,” said Lagman referring to the police chief’s emotional outburst at the Senate committee hearing Wednesday where he admitted the difficulties he has faced in the war on drugs.

“If the conspiring police officials and personnel are exorcised and prosecuted with alacrity, then the extrajudicial killings of suspected drug dealers and users will end. Suspects are eliminated by the police to silence them from squealing on police protectors and to make the deadly anti-drug campaign a façade to conceal their culpability,” said Lagman.

Lagman urged the President and Dela Rosa to change their strategy by not focusing on the drug lords and their dealers but on the cops who were protecting them.

“Command responsibility to take the necessary action is on President Duterte and Dela Rosa. ‎The Duterte administration and the leadership of the Philippine National Police can start solving the illegal drug problem not by the continuing summary execution of suspects, but by putting behind bars the police protectors of those involved in the narcotics trade,” said Lagman.