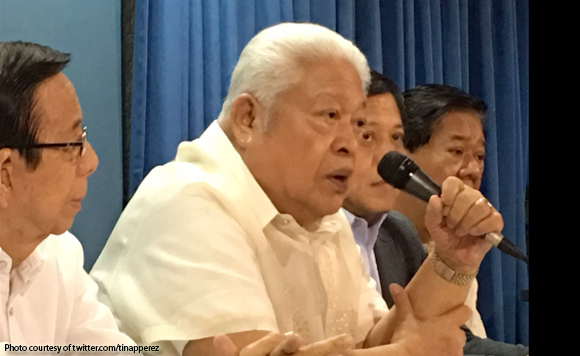 Ensuring the full and strict implementation of the Juvenile Justice and Welfare Act of 2006 is way better than passing the abominations that are the proposed bills that seek to lower the minimum age of criminal responsibility (MACR).

Thus, reckoned Albay Rep. Edcel Lagman over the weekend even as he highlighted the wisdom that is embodied in Republic Act (RA) No. 9344.

“It is important to underscore that R.A. 9344 was nominated in the Future Policy Award 2015, which is dedicated to recognizing the world’s best laws and policies to secure children’s rights,” said Lagman, who belongs to the so-called “legitimate” Minority bloc in Congress.

Among the salient points of the particular law is the exemption from criminal liability of children 15 years of age and under.

Meanwhile, those above 15 (plus one day) and below 18 years of age are also exempt unless they act with discernment–the mental capacity to understand the difference between right and wrong and its consequences.

The MACR bills seek to lower this minimum age from 15 to a tender nine years old.

“Like the restoration of the death penalty, the lowering of the MACR is a veneer to conceal a flawed and ineffective criminal justice system,” he noted.