Lagman out to learn if Marcos body truly buried in LNMB 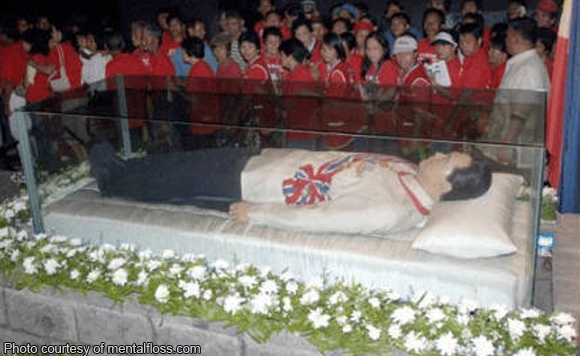 Lagman is set to file on Monday (November 21) a petition to exhume the body, and it’s not just for the purpose of making motions for reconsideration (MR) against the Supreme Court’s (SC) favorable ruling on the burial meaningful.

The politiko bared that there is also a forensic purpose since it should also be determined whether or not the remains buried at the Hero’s Cemetery last Friday truly belonged to the late dictator.

Lagman had this to say amid reports that Marcos’s body is still on display in his hometown of Batac, Ilocos Norte.

Since the LNMB burial was made in such haste, nobody was able to verify what exactly was buried there Friday.

Lagman said that interring anything else than Marcos’s mortal remains would bring trouble tot he latter’s kin.