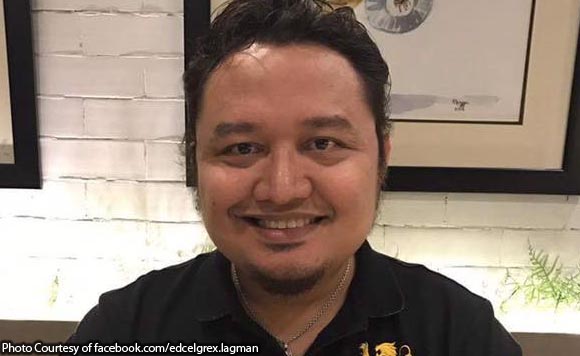 Call it looking at the bright side of a rather bleak event, but former Albay representative Grex Lagman still found poetic justice in the “hidden burial” of late dictator Ferdinand Marcos at the Libingan ng mga Bayani (LNMB).

According to Lagman, the hero’s burial–which caught practically everybody off guard–was done in such manner because the Marcos family itself was “overwhelmed with shame”.

“Here again go the Marcoses flouting the laws; their shame overwhelmed them so they had to bury Macoy in secret. Nakakahiya!” the lawyer and one-time congressman said in Facebook post Friday, November 18, the same day the late strongman was interred.

“Anyway, real heroes are buried in solidarity with multitudes of mourners. This is poetic justice,” Lagman pointed out.

Carried out Friday noon, the LNMB burial for Marcos was attended only by the closest of kin.

Ilocos Governor Imee Marcos, the late president’s daughter, later explained that the event was purposely made simple and private so as not to further offend those opposing the burial.

Not only did Lagman call the burial of the “fake hero” embarrassing, he also highlighted the “lawlessness” of it all as the Supreme Court (SC) practically let it happen despite certain legalities.

Last November 8, the SC en banc voted 9-5 to junk the petitions which challenged the Malacañang-ordered hero’s burial for the Marcos patriarch. One of the petitioners was Grex’s won father, current Albay Rep. Edcel Lagman.

“We still have until November 28 to file a motion for reconsideration (MR). Our MR is yet to be resolved, we have 15 days to appeal after we received the ruling,” the elder Lagman said.

Because of this, the Marcoses cannot take any action on the burial pending the resolution of the case. But take action they still did, like a thief in the night.