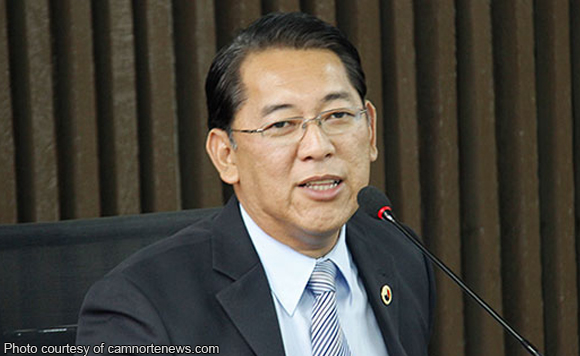 This was bared by erstwhile Vice Governor Pimentel to Camarines Norte News Wednesday, November 16, the day the Department of Interior and Local Government (DILG) enforced the Office of the Ombudsman’s dismissal order against Governor Tallado.

According to Pimentel, he didn’t even plan on becoming governor and instead targeted a Congress seat as per his discussions with his political party.

In fact, Pimentel said that come Monday he will ask the employees of the Capitol to rally behind his new leadership for the purpose of continuing the public service projects initiated by his predecessor and friend, Tallado.

Moreover, Pimentel bared that he would have no problem with going back to his old position as vice governor should a court of law rule on re-installing Tallado as the province’s top executive.

Along with his dismissal as governor, Tallado was also stripped of his benefits and declared perpetually disqualified holding any government post.

Meanwhile, Senior Board Member Bokal Michael Arthur Canlas is expected to fill up the vice governor’s seat that was vacated by Pimentel.

Tallado’a camp said it would take up the matter before the Court of Appeals (CA), and if necessary, the Supreme Court (SC).