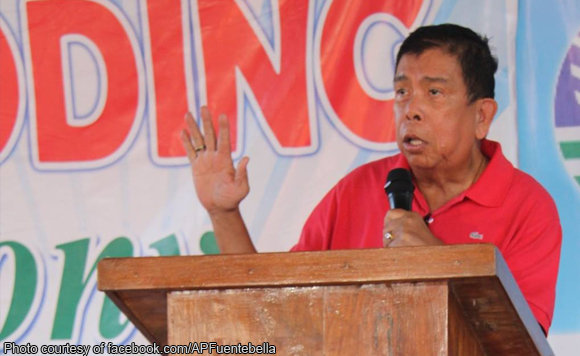 Noting its significance to the province, Camarines Sur 4th district Rep. Noli Fuentebella has filed a measure calling for the conversion of the Sitio Tigman, Barangay Bagacay-Barangay Sta. Cruz Provincial Road into a national secondary road.

The measure, House Bill (HB) 2721, was filed by Fuentebella in support of the same clamor by local residents as reflected in Resolution No. 16-054, which had been adopted by the Municipal Council of Tinambac, Camarines Sur.

“The conversion of the said provincial road into a secondary national road therefore, will continuously make it as a vital route to be properly maintained by the national government as the provincial government has no sufficient fund for its improvement, repairs and maintenance,” the politiko said in the bill’s explanatory note.

“The said provincial road will serve as a vital alternate route to the poblacion and will effectively enchance its usefullness as a secondary trunk line connecting the Municipality of Tinambac to the Municipality of Calabanga, both in the Province of Camarines Sur,” it further said.

More importantly, Fuentebella said the conversion of the road and the advantages that come with it would be of immense help to local folk, especially the less fortunate.

“This will also greatly benefit the people, particularly the poor residents in these remote areas as transportation of agricultural products and other commodities will become more convenient, safe and comfortable to the traveling public.”

The Department of Public Works and Highways (DPWH) will be directed to implement the proposed law, should it be enacted.