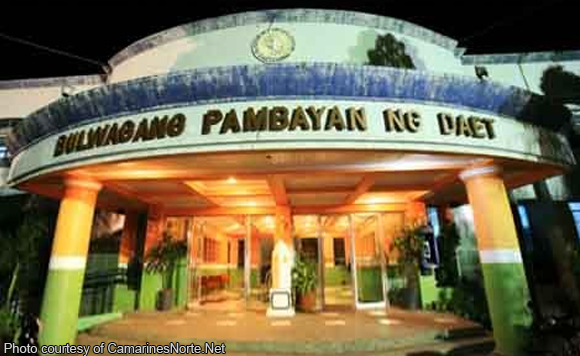 The Municipal Council of Daet, Camarines Norte is out to study the appeal of several local businessmen to impose a five-year moratorium on the construction of a giant mall there.

According to Councilor Sherwin Asis, the appeal–made known in a letter sent to them by Wilson Kho, General Manager ng Houseware Plaza Superstore–would have to be passed to the Municipal Legal Officer for consultation.

The moratorium is specifically aimed at halting the construction of the five-hectare SM Mall in Barangay Lag-On, Daet.

Kho said the opening of such mall would have a negative impact on local businesses, which are already struggling to keep afloat amid the entrance of various foreign grocery stores and retailers.

He accused these stores of using “predatory pricing” as a strategy, and lamented that the market completion in Daet was “unregulated”.

Kho, who claimed to echo the sentiments of local retailers, expressed fears that their businesses would get crushed once a mall like SM with “vast market tools, resources, power and influence” opens its doors.

The Municipal Council would have to come up with a resolution for such a moratorium to take effect.

Asis, for his part, said that it’s important to ensure that the rights of both the old and entering investors are observed.