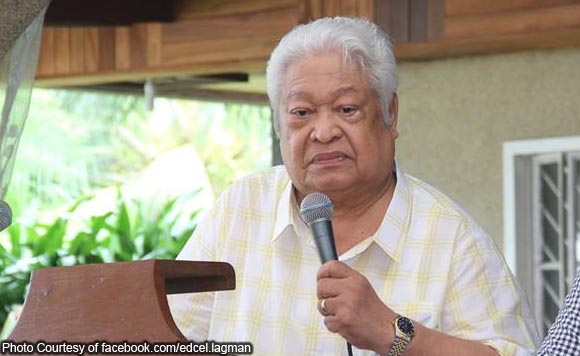 Albay Rep. Edcel Lagman has warned of even more bloodshed in the country if and when President Rodrigo Duterte makes good of his intention to suspend the writ of habeas corpus.

“With the growing culture of violence and killings, the suspension of the writ may further embolden the police to summarily execute suspects or cause their involuntary disappearance,” Lagman said in a statement Sunday (November 13).

The previous day, Duterte said he was mulling the suspension of the writ to aid authorities in the battle against the drug menace as well as to keep in check a supposed “rebellion” in Mindanao.

Lagman, who belongs to the “legitimate” Minority in Congress, said these two reasons can’t hold water.

“The deadly campaign against drug traffickers and narcotic abuse is not a ground for suspension… [and] Claims of success of peace initiatives in Mindanao belie a brewing rebellion,” the House politiko said.

Suspending the writ of habeas corpus means detainees can’t be brought or shown to court upon request.

Depending on who you ask, some 3,000 to 4,700 individuals have been slain in the name of Duterte’s illegal drug war since June 30, the day he assumed the presidency.

The legitimate Minority in the Lower Chamber has consistently criticized the administration’s implicit–and at times explicit–endorsement of summary executions of drug offenders.