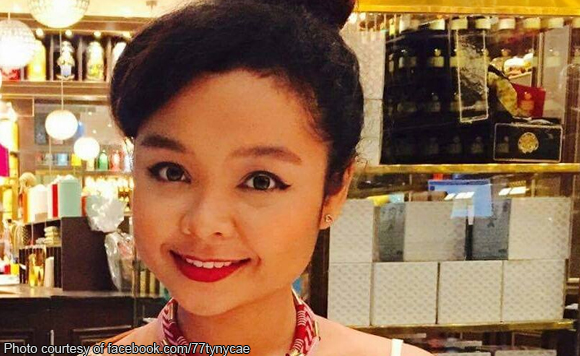 Young celebrity chef Louise Mabulo just went beast mode on a now “ex-friend” after the latter apparently accused her of being a Marcos regime condoner.

All because Louise said on Facebook that she’ll regret not being able to see former president Ferdinand Marcos in his refrigerated state anymore in Vigan. As everybody knows, the Supreme Court (SC) recently green lit the late politiko’s burial at the Libingan nga mga Bayani.

“IF you read my previous status regarding the Marcos burial, I clearly did not state a political stance on the matter, and I do not intend to,” the kitchen phenom wrote in a subsequent post.

“I’m genuinely concerned for you, since you so hurriedly accused me of supporting and condoning the alleged reprehensible acts done under his regime. I can’t help but question your reading and processing skills if you extracted as much from my 25 word status,” added Louise, daughter of San Fernando, Camarines Sur Mayor Fermin Mabulo.

But here’s the literally kicker from her post as far as her judgmental former friend goes: “In conclusion, yes, as you have suggested, I will ‘feel free to unfriend’ you, since I have no intent of associating myself with such downward minded persons.”