Grex Lagman blasts Americans for choice of Trump, says it’s like Duterte all over again 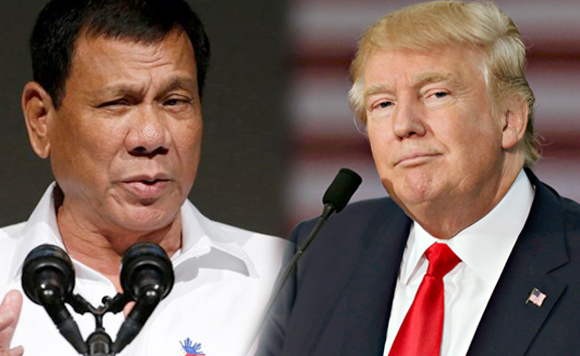 Shame on you Americans!

The outspoken Grex Lagman, a former Albay congressman, couldn’t help but be reminded of May 9, 2016 when he and the rest of the world heard that Republican Donald Trump was going to be the next president of the United States (US).

“My sincerest condolences and commiserations to all Clinton supporters. I am grateful I do not have a personal and pecuniary stake in this. Otherwise, I would have relived the disappointment and pain i felt in the aftermath of May 9,” Lagman said on his Facebook Wednesday (November 9).

That’s the date of the last Philippine presidential elections wherein then-Davao City Mayor Rodrigo Duterte shocked everyone by coming out on top, and in landslide fashion.

Incidentally, billionaire Trump had been referred to by some as the “American Duterte” thanks to his brashness and provocative mouth.

In a subsequent FB post though, Lagman really vented how he felt about American voters for choosing the controversial reality TV star over Democrat candidate Hillary Clinton.

“But guess what? Your people are not better than any of the citizens of any country. Why, America? Because you voted a racist, a bigot, a misogynist, the ugliest of all Americans as your leader. You made Trump your President,” the ex-House politiko wrote.

Lagman added: “It’s a shame that you were just like us. You failed to realize that YOU ACTUALLY DESERVED BETTER. That just like us you missed the chance to proclaim to the whole world, ‘WE’RE BETTER THAN THIS!'”