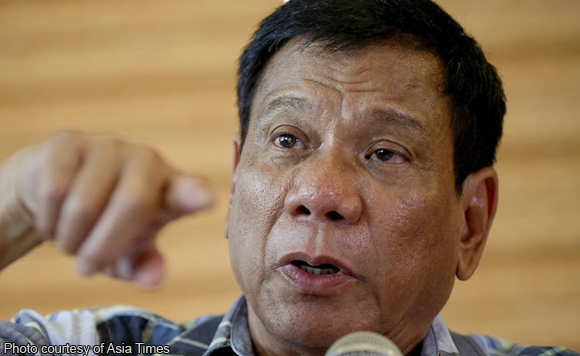 Bayan-Albay has practically exonerated President Rodrigo Duterte from any wrongdoing when it comes to Yolanda rehabilitation efforts, saying he just “inherited” the problems from the previous administration.

“The criminal negligence of the US – Aquino regime to the victims, family members and survivors of typhoon Yolanda will inherit (sic) by President Duterte,” Fred Mansos of Bayan-Albay said in a statement.

According to Mansos, the United States (US) government merely intended to strengthen its political and military control over the Philippines via its post-Yolanda “humanitarian missions”.

“Military troops were sent to the disaster area to watch the ‘looters’ or thieves, instead of providing aid to the victims. The National Disaster Risk Reduction and Management Council (NDRRMC) and Balikatan exercises are (sic) fronted to sustain its counter-insurgency program,” he said.

In the same statement, Vince Casilihan of Bayan-Bicol slammed former president Benigno Aquino III and former Department of Social Welfare and Development (DSWD) Secretary Dinky Soliman for creating a “man-made disaster” along with the super typhoon.

“It’s not about money. We demand for justice and accountability on the negligence of Aquino and Dinky Soliman of DSWD, in connivance of politicos in Samar and Leyte,” Casilihan said.

“Man-made disaster is the disastrous (sic) due to rampant corruption and negligence of Aquino regime,” Casilihan said. “Until now, Yolanda victims are in grief and suffering because if this unresolved problems.”
The strongest typhoon ever recorded, Yolanda struck the Philippines’ central islands on November 8, 2013, leaving over 6,000 dead and thousands more homeless.