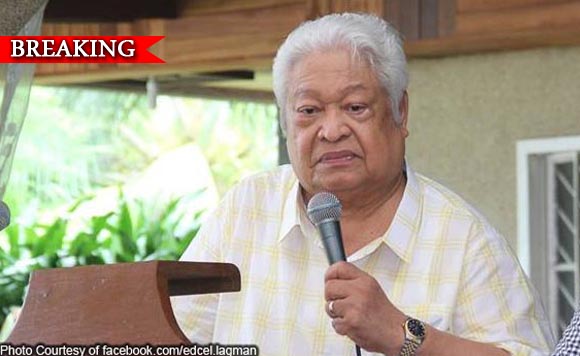 “Motions for reconsideration are in order,” Lagman said in a press conference. “That decision is not yet final.”

Lagman and the rest of the “legitimate” Minority in the House of Representatives (HOR) were among the petitioners who challenged the Palace-ordered burial of Marcos at the LNMB in Taguig City.

Although he said he respected the High Court’s apparent decision, the congressman still could not hide his disappointment over it.

“We respect the decision of high court although we are puzzled by it.

“This decision will not lead to healing but exacerbate the suffering of human rights victims of martial law.

“We cannot elevate a dictator into the status of a hero by burying him at LNMB,” Lagman said.